Wayland is a computer protocol﻿ that specifies the communication between a display server﻿ and its clients, as well as a reference implementation of the protocol in the C programming language﻿.[8]﻿ A display server using the Wayland protocol is called a Wayland compositor.

Thus, one may suppose that each OS is a Wayland compositor? 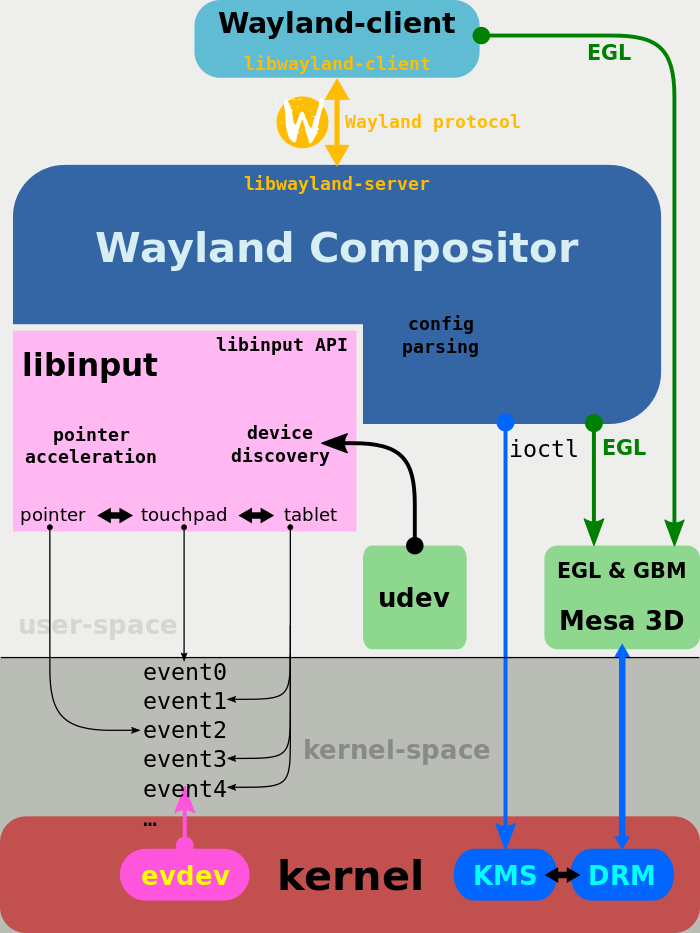 Since version 1.16 the xorg-xserver obtained support for libinput:

Weston: A reference implementation of Wayland that emphasizes correctness ﻿

There are three types of compositors﻿:

Looks like we're probably dealing with a system compositor﻿. Given that embedded is for tiny systems, and session compositors end upon logout.

As GNOME/GTK+ and KDE Frameworks 5﻿[64]﻿ have mainlined the required changes, Fedora 22 will replace X.Org's evdev and Synaptics drivers with libinput.[65]﻿

The Weston code for handling input devices (keyboards, pointers, touch screens, etc.) was split into its own separate library, called libinput, for which support was first merged in Weston 1.5.[66]﻿[67]﻿

Alternately, from "what is libinput﻿" 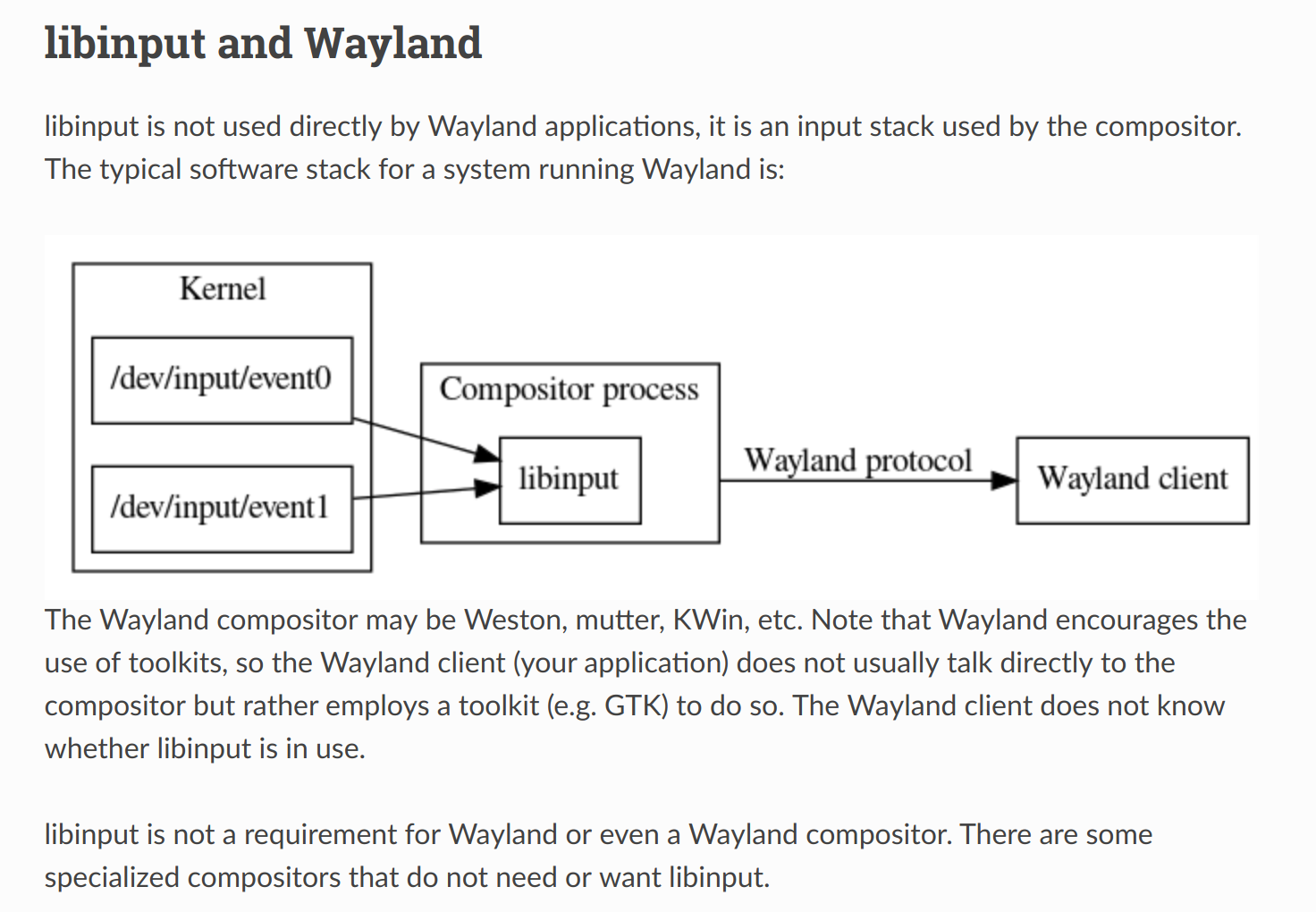 Doesn't need to be supported, presumably.

It's the only system to allow monitor pixel scaling﻿? (For high res laptop monitors)

Per omgubuntu﻿, Ubuntu defaulted to Wayland in 17.10, but reverted to X.org for 18.04 "owing to it being a long-term release." Wayland is still installed by default in 18.04, and can be selected from the login screen.