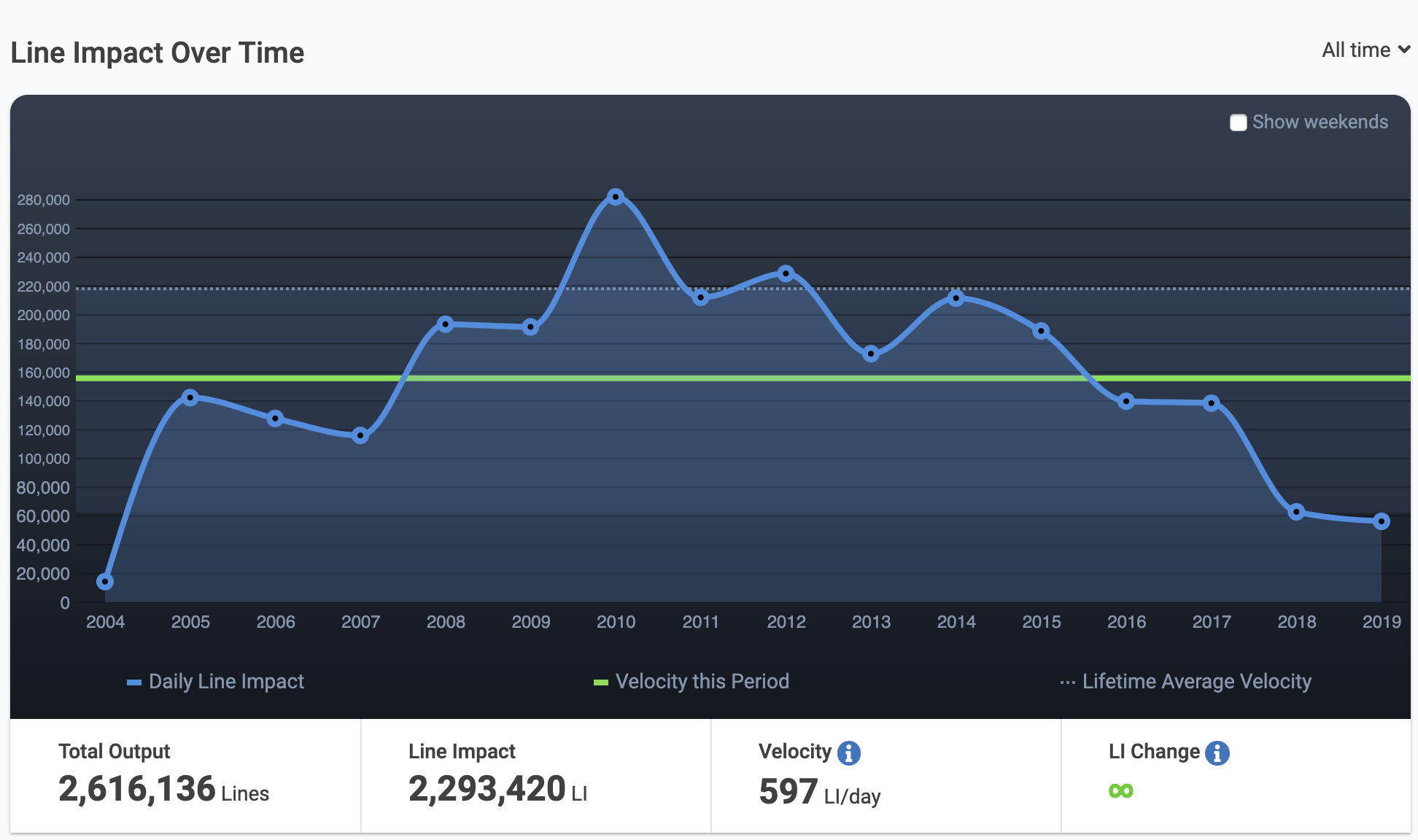 Write this article that developers can link back to. 👋

Mention explicitly: a developer can "evolve the code base" quickly -- by adding sloppy code, or removing vital code. Line Impact relies on checks and balances, like Senior Developers using the Commit Browser﻿ to provide feedback when a developer makes large-scale changes that are disadvantageous. Happens more often than you might think.

Remind everyone that since Line Impact waxes and wanes based on settings that managers control, its accuracy in measuring code output relies on collaboration between developers and their manager.