GitClear offers numerous paths to track when the code in a repo has been released to production. In accordance with the Accelerate metrics﻿, top tier teams target making a release to production every business day. Different types of products will naturally release at different frequencies, so as long as you make a release more than once per month, you can avoid the lowest tier performers:

The distribution of performance among Google's study participants

Once you have set up a release tracking rule, you can see the frequency of your releases graphed in the "Velocity" tab under "Devops Stats"

To set up release tracking on GitClear, you have five options to detect when a release has occurred, first visit Settings -> Release Tracking 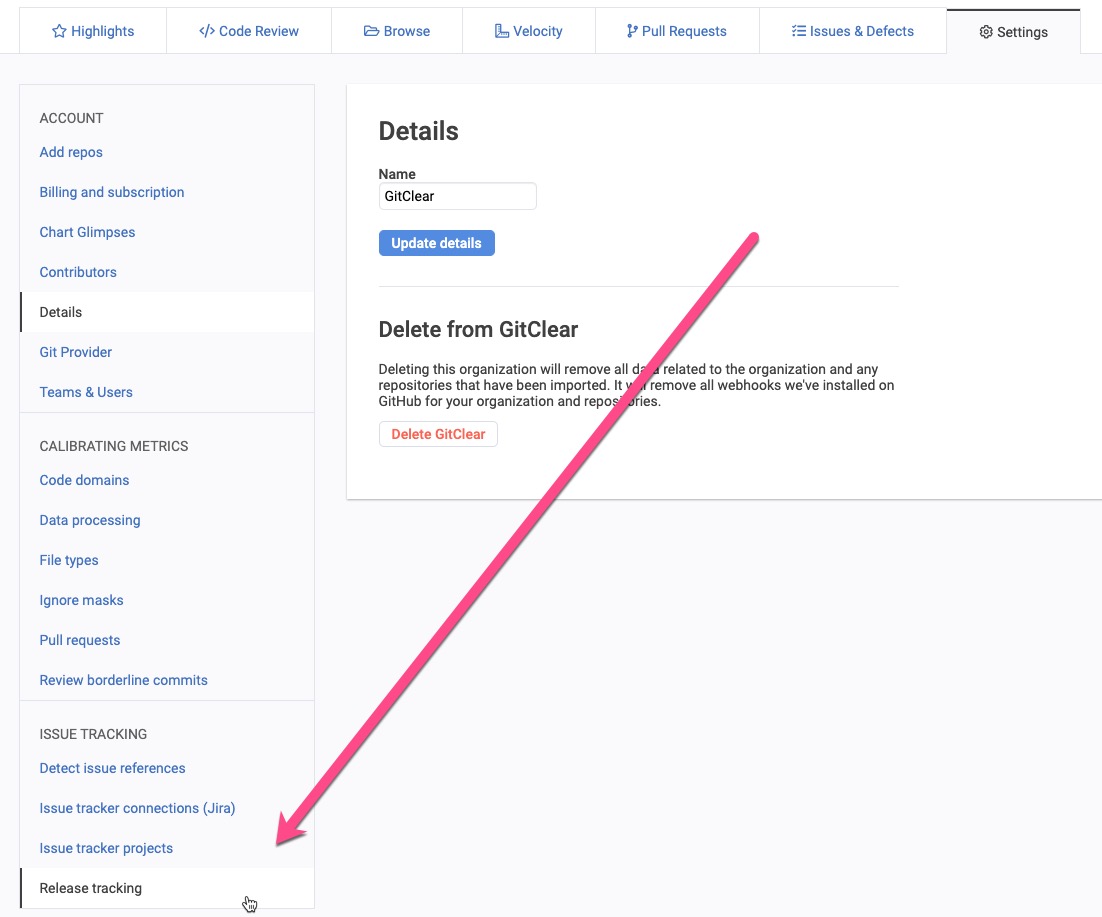 Then choose the rule to be used: 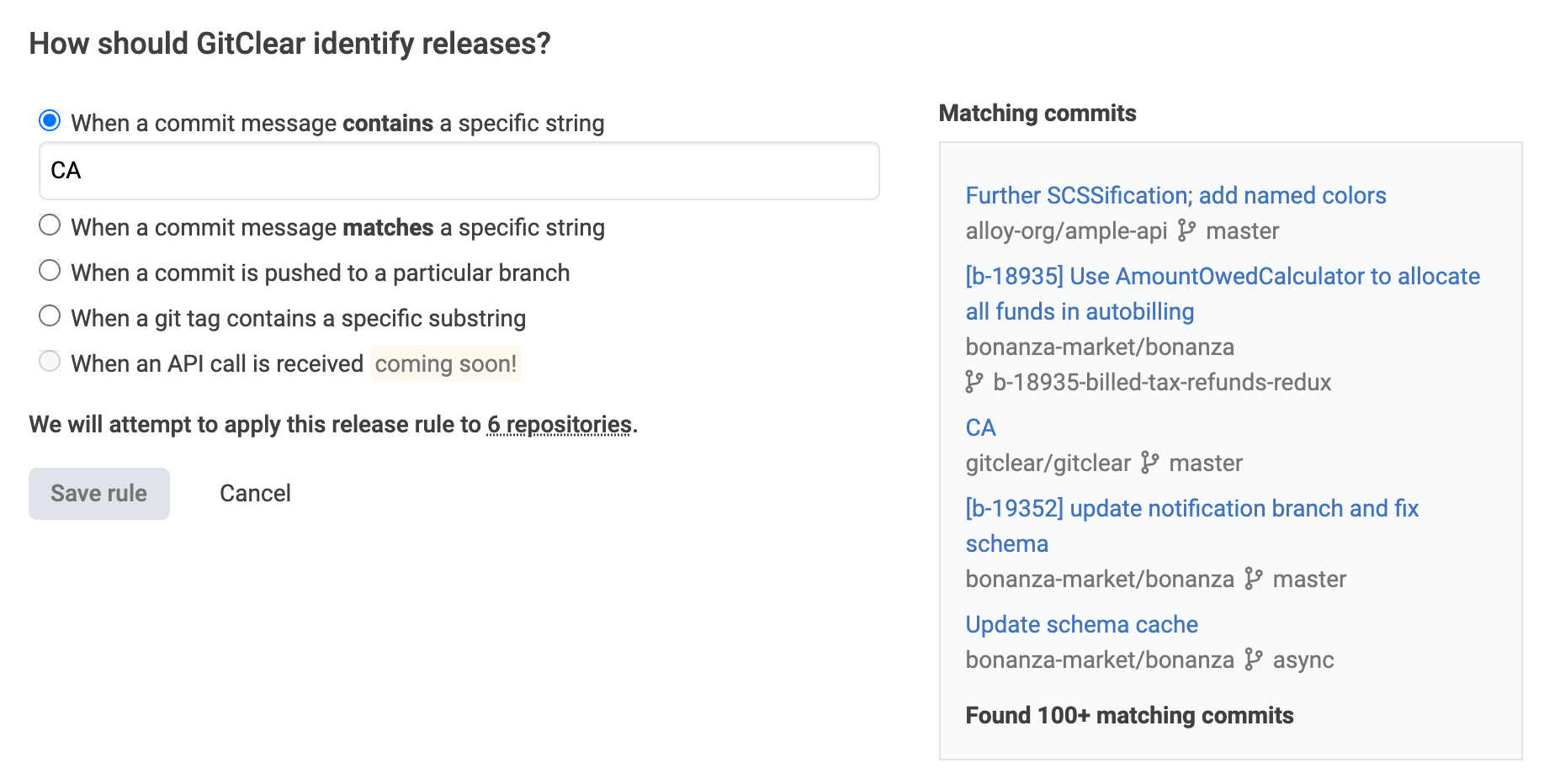 Some additional details about each option:

1. Commit message that contains a string. For example, if your commits always contain the term “Cached asset deploy,” then this term could be entered and any commit message containing this case-insensitive series of words will be marked as a “release”

2. Commit message matches a string. If you have a specific string that occurs in commits that correspond to a release, that can be used as a hook to indicate when a release has been made.

3. Git tag containing string. If you apply a tag on releases, then you can provide a unique substring of your tag naming pattern to designate a release. For example, if you always release with a tag alpha-v0.01, then the substring alpha could be used to detect when a release is made.

4. Commit pushed to a branch. If you use Heroku or another system that automatically deploys when you push to a branch, this release tracking option is for you. Any time you push a commit to this branch, it will be detected as a release of the repo in which the commit was pushed.

5. API call. If you would like to designate a release via a RESTful API call, please email support@gitclear.com and we will send instructions to mark releases via POST request.