Yesterday marked the launch of a feature that methodically bullied its way to the top of my todo list﻿: a version of Directory Browser that filters on individual committers. Here's how it looks for a developer who has contributed across many repos: 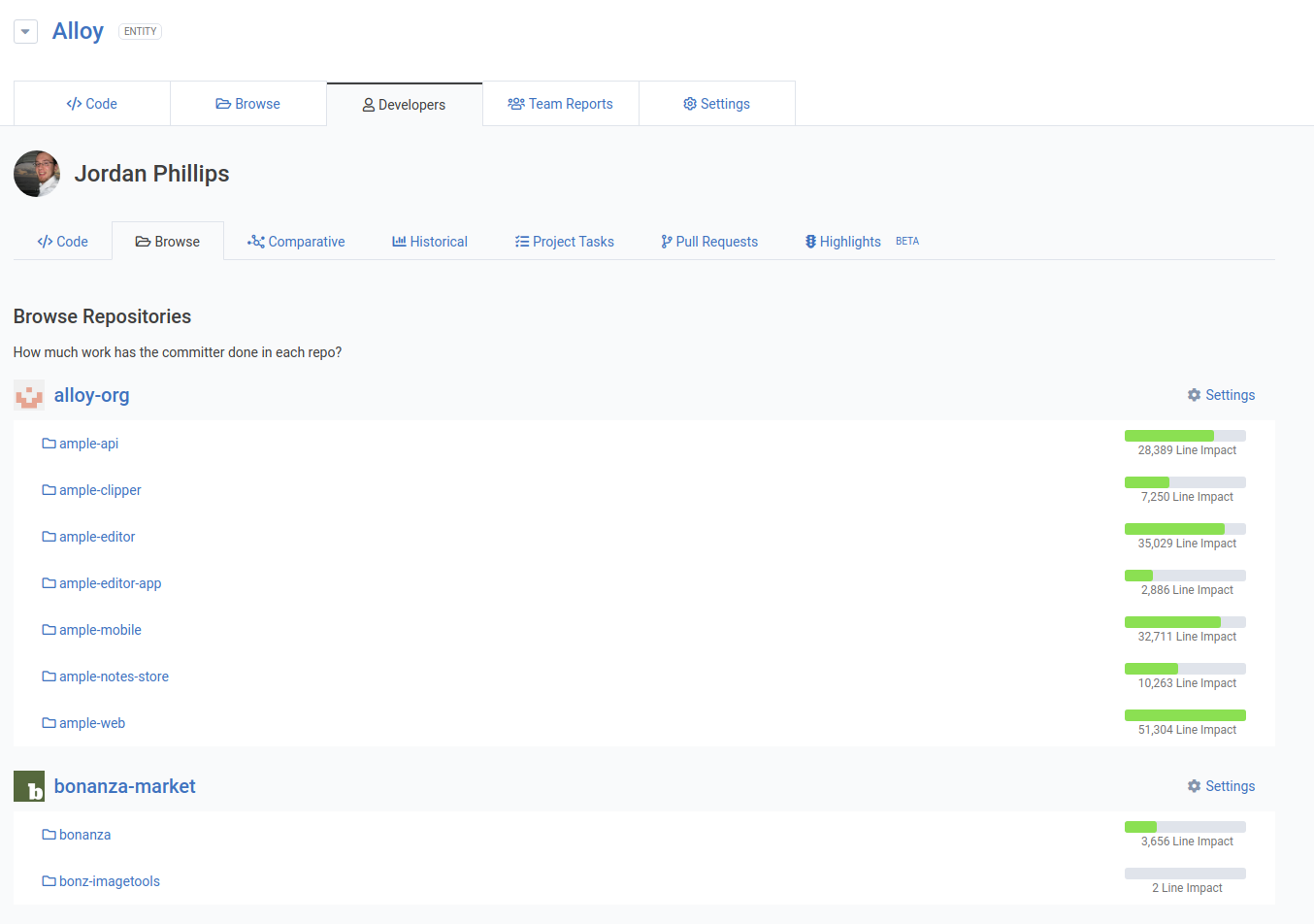 Since I was updating Directory Browser, I also added in presentation of the most high impact issues that were worked on within a file during a given time range, e.g.,

There are several situations in which it can be useful to recall where a developer has created the most code within a given time interval.

The original impetus to build this feature was when I was working in a project that I contribute to every couple months. I knew that I had added a particular feature a couple years ago, but I couldn't remember what it was called or where it was located. If this version of Directory Browser had existed, I could have just selected my time range as "2018" and then browsed which directories and files I had changed in the project last year.

Another opportunity is if you're a new project manager that wants to familiarize yourself with a developer's past work. Directory Browser is the best tool we have available to figure out "What directories (i.e., and thus features) have been this developer's principle concern during the past year?" It's nice to see what a developer has worked on not just this week or month, but this year, or for all time.

Still another angle is to be able to assess where a developer might be struggling. Since every directory in Directory Browser indicates the velocity at which the code was evolved in that directory, it becomes trivial to assess which types of directories tend to slow down a developers progress. A common case seen is when an unwitting manager puts a front-end developer on a back-end task. Sometimes velocity is unaffected, but other times it grinds progress to a halt. This new feature will help managers disambiguate which developers handle that task diversity with aplomb.

We haven't implemented the individual developer Directory Browser for Open Repos yet, but it only would be an hour or two of work to implement it. If you have situations in which it would be advantageous for you to see the directories and files that a particular open source developer has worked on during a stretch of time, drop us a line in the comments and we'll add that feature if there looks to be sufficient interest in it.