linkHow is the data for NoteApps.info assembled?

Alloy.dev﻿ (maker of Amplenote) contracts a professional researcher who gathers the data independently, spending around 20 hours/week on it as of late 2020.

As the third generation of note taking apps began to proliferate in 2019, confusion reigned with regard to which apps were a good fit for which people. The best solution that the SEO marketers could come up with was to create numerous "listicles" that purported to tell the user which note app was best for e.g., teachers, college students, programmers, etc. These buckets are too sloppy, we can do better.

Follow the incentives. There is no money to be made directly from a site like this, since note app makers don't pay referral fees and stuffing the pages with ads would lead toward inevitable data bias. The potential upside of a note app encyclopedia is increased transparency, and the beneficiaries of transparency are scraggler note apps that have lost the internet popularity contest (but may have redeeming qualities being overlooked).

linkI disagree with the interpretation of an app feature, how can I submit a correction?

We have a page dedicated to this very topic﻿. 🙂

linkHow was the performance measurement data generated and collected?

Read our official benchmarking document﻿ to learn how we went about testing the performance of the indexed apps.

linkSince the data collection is being commissioned by a note taking company, how is it biased?

We have spent a lot of time thinking about how to minimize bias, since the utility of this site depends upon it. Here are some of the steps we take toward that end:

The professional researcher that Amplenote contracts to collect data is instructed to use his best judgement in determining whether a feature exists. His performance is evaluated based on feature accuracy and lack of objections.

Commitment to review all correction submissions (corrections@noteapps.info) within a few business days

Documented policy to append a special note & icon to all charts in the event the data researcher disagrees with the feature assertion of a note taking app maker [1]﻿. This has not happened to date.

That said, let's be real: there are some amount of "judgement calls" necessary to undertake a site such as this. Judgement calls are the harbinger of bias, so let's scrutinize the judgement calls that have been made:

Which apps are deemed "popular to compare" from the home page. Our method﻿.

Which features were present in the v1 launch of the site. Our method﻿.

When voting suggestions migrate to on-site features or note taking apps. Our method﻿.

When creating pages to contextualize how note apps relate to one another. See "How does the NoteApps Editorial Team operate?" below.

For SEO content pages where users visit NoteApps.info in search of recommendations on note taking apps, our team is compelled to compile app lists based upon various criteria, such as which apps have the most "aesthetic excellence" or which are best for "tables."

To make these determinations, we first try to look at how features are clustered within apps that we have cataloged. For example, to judge which note apps are the best for tables, a simple tactic is to just pick the top four apps based on how many features in the "Tables" feature group they support.

Sometimes, when choosing a category like "aesthetic excellence," there is a subjective element required to render judgement. Relative to other top search results that one will encounter when looking for advice on the "best note taking apps," we believe that our decisions must at least reflect the judgment of a team that has collectively reviewed more apps and screenshots than a note app beat writer would have time to evaluate.

Beyond that, we are incentivized to produce an accurate and diverse set of recommendations by readers who will judge our credibility (thus utility) on the basis of whether our results correspond with their existing intuition.

linkHow do you decide what is a "feature"?

Part art and part science. The "science" is being able to describe the feature unambiguously, and assign it into an existing category of functionality that is relevant to note app takers. The "art" is deciding when to exclude features that are especially niche-y, or overlap with an existing feature. Since there would be judgement required to decide what makes a newly relevant feature, we've setup a voting board to guide us﻿ toward the features that users find most valuable. As of 2021, we have almost 300 features cataloged.

If Note App X is publicly launched, available in app stores with a rating of 4 stars or above, we will seek to eventually cover it. However, there are a lot of apps, and there are probably going to be a lot more in the future. Thus, we ask that you please visit our voting board﻿ to help us prioritize the order in which we add apps to our tables.

We think of ourselves as the note taking app for people who obsess over long-term goals and getting more done.

Amplenote is one of three products maintained by alloy.dev﻿, a small product-focused company based in the Pacific Northwest.

linkCan I reuse this data on my blog or review site?

We want our data set to help promote awareness and transparency around the note taking space. If your intended use advances that goal, there's a good chance it will be allowed. Please email us hello@noteapps.info with your specific proposal on how you'd like to reuse our data.

linkWhat relation does NoteApps have to the apps featured?

This site is maintained by a professional researcher who is paid by alloy.dev﻿, which is responsible for Amplenote, among various other fine internet products. All other note apps are completely unaffiliated with this site, and do not endorse it or its views, etc.

Chances are they would probably prefer that NoteApps didn't exist. But so long as there are budding note takers who find value in the transparency afforded by NoteApps, it’s likely to persist since it's a lot of effort to sweep aside truth.

As of our October 2020 launch, we were aiming to pick an equal assortment of first, second and third-generation note taking apps. We see the space through the lens of:

The first-generation apps tend to be weaker on mobile, but two of the three have immense overall feature sets at this point. In the case of Evernote, the breadth of its feature set was arguably a direct cause of its decline.

The second-generation apps are (mostly) the ones that people are excited about today. Notion has been the runaway success of the bunch thus far, given the breadth of possibilities afforded by their embedded, data-type-aware tables.

Third-generation apps are a mixed bag. Roam is the app everyone has heard of, but Obsidian maintains a chat room with hundreds of active users. Nobody really knows what Amplenote does.

linkWho's the guy on the home page? 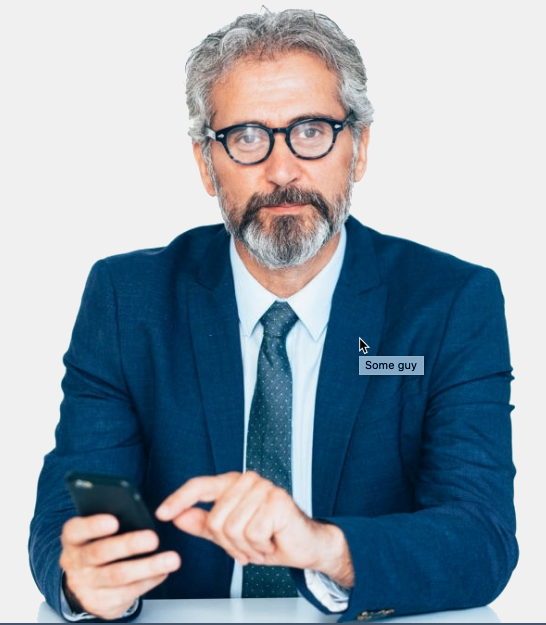 Some guy's origin is unclear. We used a crowd sourced design site to get our v1 site design, and this section was included in the winning design without explanation. It continues to be a matter of ongoing investigation who he is and why exactly he is featured so prominently on our home page? If you know why he's still here, please contact us.