We launched Open Repos about a week ago, so I wanted to give a quick update on what's new and exciting after week #1.

linkOff to a good start, thanks Hacker News!

Big thanks to everybody who gave Open Repos an upvote during our first week of existence. Double thanks to one guy who left a super nice comment. Here’s how traffic fared during the past week relative to before:

Quite the leap from where we started. We also have the Tensorflow repo up to 4 whole followers now. Can you even imagine?

A common piece of user feedback we received during the first week was put succinctly by this customer:

And it’s hard to disagree! 🤔 Traditionally, our GitHub Oauth had been configured to ask for private repo access since what customers want when they sign up for our commercial product. But Open Repos is a new wrinkle where it’s disadvantageous to ask for access we don’t need.

The problem was that our login library was ill-prepared for a dual-permissions scheme, so that took some very unpleasant refactoring to retrofit. But now that it’s done, if you visit Open Repos﻿ before logging in, you should be asked for minimal permissions a la: 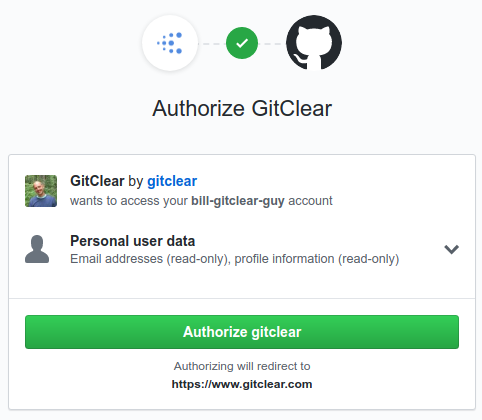 No public or private repo access requested. We need your email to be able to communicate (once we later implement emails), and the profile is used to populate one's Contributor profile. Speaking of which...

It wasn’t all tedious login refactoring this week. We also got to work on a more interesting project, adding a Contributors tab to the Open Repos UI﻿. It's the new top-level tab alongside "Repos." Here are the top four Open Source contributors across all repos we currently track: 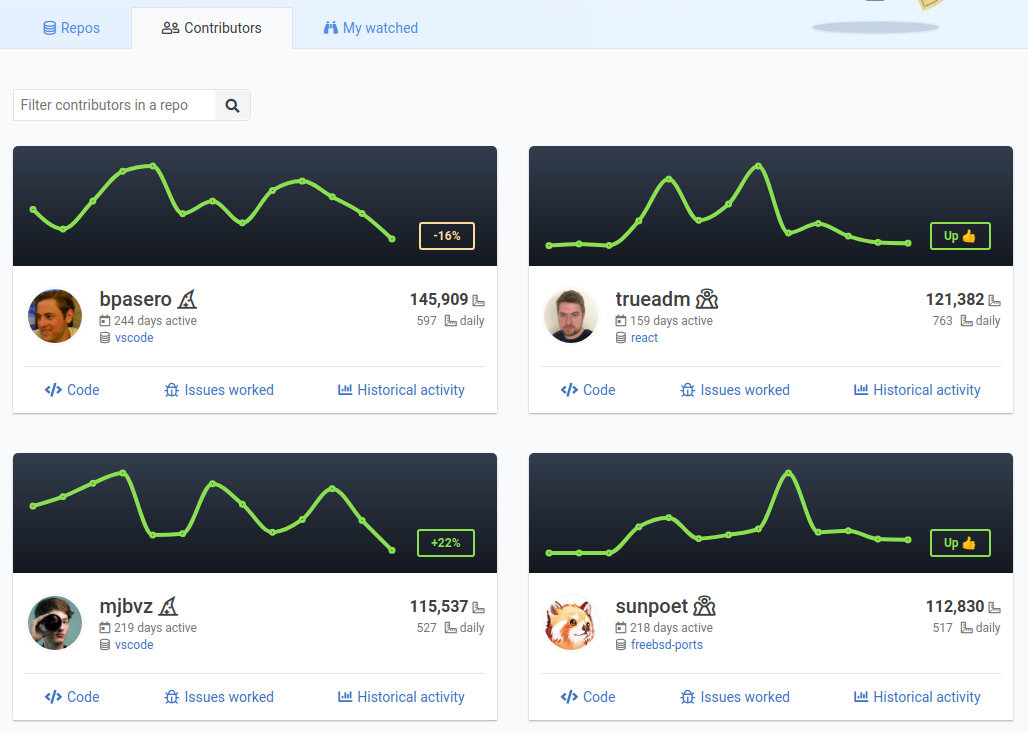 Congrats to Ben Pasero﻿, who has evolved the Vscode and Electron code bases more than any other developer in the universe (of open source repos we process 😉).

Right now, the Contributors tab is interesting, if not especially actionable. That should change in the coming weeks, as we'll be aiming to tie this tab into GitHub Sponsors. We are really excited about what GitHub is doing with GitHub Sponsors﻿! The fact that they match any donation is bananas -- huge kudos to Devon and Nat for whatever calculus was used to make that possible. We believe that developers don't have to work on open source for purely altruistic reasons, and the ecosystem is bound to improve as the incentives do. We see the Contributors tab as a potent discovery engine to help developers connect with -> send thanks (financial or otherwise) to the people who write the code that make our lives better.

But our rational behind the Contributors tab isn't purely for the gain of the Contributors themselves. Our hope is that some of the people who appear in the upper reaches of this list will talk to us about about how they approach their job. There's a lot most programmers could learn from the heroes of Open Source. What tools are they using? How do they stay focused? What inspires them?

To identify the luminaries, we've added some icons to spot these overachievers:

Thanks for all the requests for new Open Repos! We’re excited to be processing FreeBSD and FreeBSD-ports, which is incidentally one hell of an active project 🔥🚒

It is in fact so active that it supplanted several well-known repos to take third place in our list of most active repos over the past year. It had to supplant some heavy hitters to climb this high, including Microsoft VsCode, Facebook React, and others. Unfortunately their repo highlights the weakness that we aren’t yet integrated with Bugzilla﻿, but we’ll get there given sufficient user demand. It’s still nice to be able to visualize where work is happening and who’s doing it.

We also started processing the Kubernetes repo, having seen it highly rated on this fascinating (if 3 years old) summary of open source projects by Dan Kohn﻿. That repo looks to be filling out with data nicely﻿: 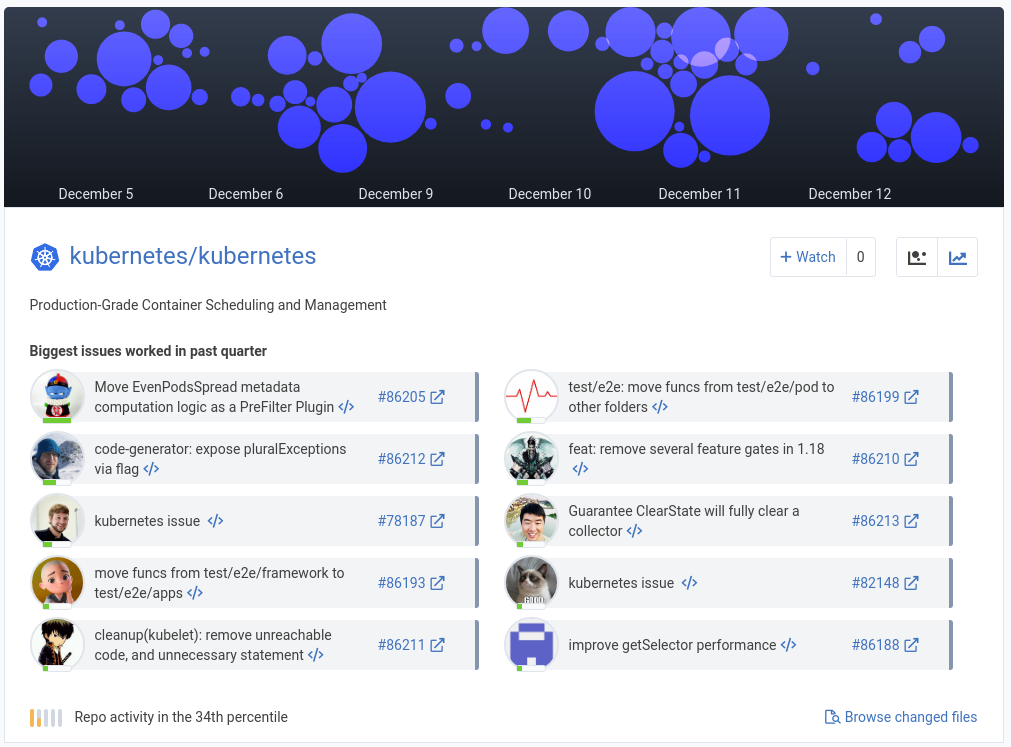 Kubernetes should be another fascinating project to study and glean insights from.

In the time since last week, the process of requesting a new repo to be processed has gotten quite a bit easier. As mentioned above, you are no longer asked for access to your public or private repos.

And once you've sign up, we've implemented a simple form to request a new repo for processing﻿. The main criteria being used thus far is stars / commits.

Thanks again for everyone's support, and keep the ideas coming for how we can continue to improve!

* If you visited the blog last week, have you noticed anything new? As GitClear has sped toward better Open Repo support, Amplenote has kept pace by fixing several of the warts in how blog posts were handled. No longer does one need to double click to get to a link, and this post probably loaded in something more closer to ~1 second than the ~3 seconds used this time last week. What a time to be alive.