The Media Escapism team worked on a 2D animated short film based on Irish folklore.

Kyle currently created 12 rough scenes, six clean up scenes, and a number of test animations for a short film. His work fits into 26 total seconds. He created material that can used for his portfolio. The summertime work experience gained Kyle "quite a bit of practice using video references to animate the human characters" and he animated a quadruped hound, something he had never attempted before. 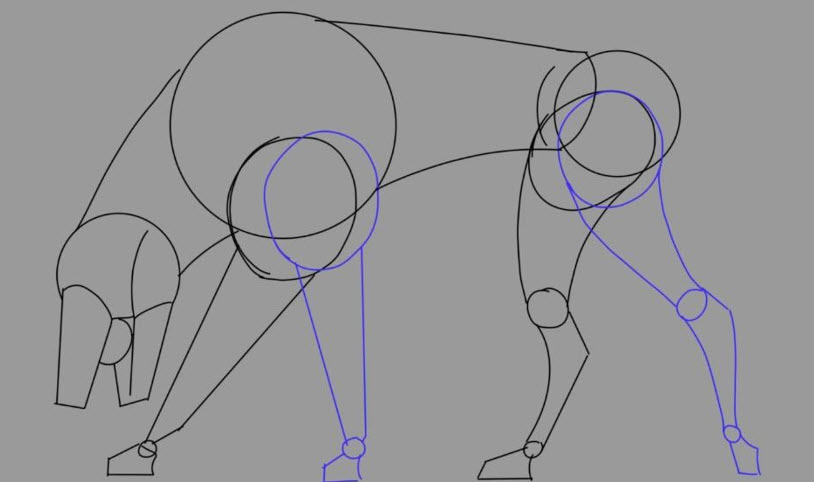 Kyle has used characters from other creatives (e.g., people, scary monsters). The Hound gave Kyle the chance to try this process and see how well I can do. He was given a character made by someone else (Orla O’Donnell). He studied the hound in great detail, looking at the shapes that make up its character, learning its proportions like a segment of his leg was the size of his head and all the little details like the sliotar in its mouth or the crescent design on its forehead. He gathered large amount of reference from videos of various dogs to get a feel for how it would act, even of my own dog while studying how quadruped animal bodies work which is quite different to how a human does. Finally, he applied all of the information that I learned to animate the hound and tell a story.

Thanks to Teams, Messenger, Zoom, Discord and other websites, Kyle could access anyone at any reasonable time despite the fact his team was spread throughout Ireland. It is incredibly easy to ask questions, get feedback and share work through all these, it makes the process much easier. It also helps as it is really hard to run late to a meeting or miss a message when you get notification for it from your phone.

This report was generated by Amplenote﻿.