So, how do successful managers decide which task is truly valuable, not just fake urgent?

Recognizing the most high impact task from a list has traditionally required a combination of intuition, discipline, and experience. Combine those with time applied, and it's possible to make consistent progress against a list of any size. But the decision-making costs scale non-linearly﻿ as your list becomes more complex. One day you wake up a Senior Manager and find that just choosing what to do with your day consumes 20% of your time. This insidious "time spent choosing what to do" is what we refer to as the "todo list tax."

Just think about how much you could accomplish if you repealed that tax? To make this question less abstract, let's delve into a case study of human productivity. And let's add the only freely licensed picture on the internet﻿ of our protagonist: 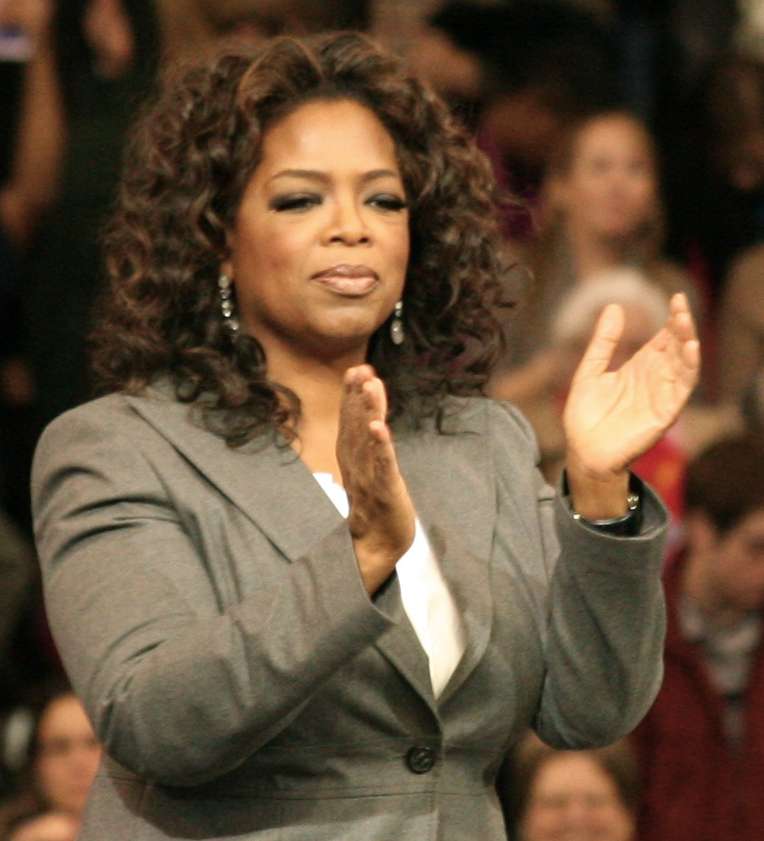 To get a sense of the todo list tax associated with managing a busy life, let's take a look at Oprah Winfrey’s todo list, extrapolated from a piece that Bazaar published﻿ earlier this year.

One of the first things you’ll notice is that Oprah’s todo list mixes small, personal tasks in with activities that support long-term, strategic objectives. As trivial as a personal task may seem next to deciding whether to run for president, both things must get done. The todo list tax is highest when a list consists of both quick tasks and important activities that take more time. What we need is a button to sort out these tradeoffs without so much time spent. What we need is this button:

How can this button﻿ purport to know the best order to tackle? Enter Task Detail, the CEO-simulator we nestle inside every task. It's sole purpose is to figure out your most valuable tasks on your behalf.

The engine behind Amplenote task prioritization begins with Task Points﻿, a value that represents the priority of each task. Task Points are derived from a few details about the task, and the time since the task was created.

Here's a peek into the Task Detail dialog, where the red outlined area is what informs Task Point calculation:

The best features have good examples. So let's return to Oprah's list to understand how Task Points were calculated. This time, we'll illustrate the properties that had been assigned to each task in its Task Detail:

"Finishing the foreword" rules the day, since Oprah has been procrastinating on writing it, leaving herself up against the wall with it due today.

Following the foreword is her "resistance flexibility exercise," which she swears by. This is second place on the list because, while it's not due on any particular day, its "urgent" to maximize her physical and mental stamina﻿.

In third place is "signing checks that are over 100 grand." As she explains in the article, signing these checks is her way of keeping it real﻿. It makes the third spot because it only takes 15 minutes (faster tasks = higher points) and is important to her. Its importance helps it edge out "reading a gathered truth," which is also 15 minutes, but less important.

The last three tasks are those that have the longest time estimates, haven't been marked "urgent," and aren't due at any particular time. Note that Oprah time-boxed the practice for her movie -- a great tactic on her part to make incremental progress on tough tasks. We delve further into that tactic here﻿.

Being able to use task points to automatically prioritize a todo list is an important step to repeal the todo list tax. But, nobody, not even Oprah, finishes their task list in a single day. As we check items off the list, we add new items. Figuring out how to balance newly added items against existing ones can carry a significant productivity tax. That’s where Task Point accumulation comes in. Depending on the properties set within each task, Task Points will accumulate quickly or slowly.

This colored line graph is the key to helping to avoid the todo list tax. Here are more details about what's happening in the bizarro rainbow, for the curious﻿.

A task with no properties that was last opened 100 days ago would be more valuable than a task created today and marked "Urgent." This strategy is essential to the cleansing of barnacle tasks﻿, those wretched creatures that permanently affix themselves to your todo list. Eventually, we must confront or destroy every task. Amplenote will reward you handsomely, via your Task Trash graph﻿, for addressing your tasks before they become barnacles.

Important tasks are the heart of long-term goalsetting﻿. Accomplishing important tasks requires epic mental fortitude. As your responsibilities grow, the priority-by-urgency method scales poorly. An important task that isn't urgent will almost never rise to the top of your handwritten todo list. Without a system like Task Points, important tasks become eternally shuffled under whatever feels most urgent today.

Being in constant pursuit of today's urgent task is a management v1 mistake. Great managers make progress on important tasks, while sometimes mixing in tasks that are neither important nor urgent, so long as they're quick. 🐰

There will always be tasks that you really don't want to do, but know you really should. These are the barnacle tasks that attach themselves to your todo list﻿. Amplenote provides an incentive to complete these tasks by gradually increasing their Task Points. Each time you sort your task list you’re reminded that the task won’t go away until you take action.

Often times, the right course of action is simply to scrape your barnacle off the list﻿. There are many reasons﻿ that tasks linger on a list, and most of them are reasons you should kill the task. But there are a couple cases where you need to address a barnacle: when it's important, or when it's quick to complete. In these cases, Task Points graduate the task up the list until you decide what to do about it.

Priority by urgency is a vicious cycle that imposes a heavy tax rate on your productivity. Amplenote helps its users reduce the time it takes to manage a long todo list, striking a balance between short-term and long-term priorities. If you have any strategies or tactics you've used to maintain progress toward long-term goals, we’d love to hear from you! Drop us a line below?